Hurricane Katrina and the levee failures displaced roughly 50,000 poor residents from New Orleans and the Southeast Louisiana region. Today, suburbs are home to the vast majority of poor in Southeast Louisiana. Public agencies and private nonprofits need to work across city and parish boundaries to connect poor and low–income workers, wherever they are located, with job opportunities, transportation options, workforce development, and social services.

Nonetheless, with the reduction of poverty in the New Orleans area (and the overall reduction of poverty in the region), the suburbs are now home to the vast majority of poor in Southeast Louisiana. Between 1999 and 2008–10, the share of the region’s poor living in suburbs increased from 56 percent to 67 percent. The cities of New Orleans and Houma now have 87,000 impoverished residents, while the suburbs of Southeast Louisiana have 174,000 impoverished residents.

In Southeast Louisiana, the impoverished population looks a lot like their national peers. The majority is children, seniors, and working–age adults living with a disability. And among the working–age poor, a large share—40 percent locally—work, with about one–quarter of these working full–time.

The “suburbanization” and demographic characteristics of our region’s poor have important implications for efforts to alleviate poverty across Southeast Louisiana. Public agencies and private nonprofits may find more effective poverty reduction strategies by collaborating across jurisdictional boundaries on affordable housing, transit services, workforce, and economic development. 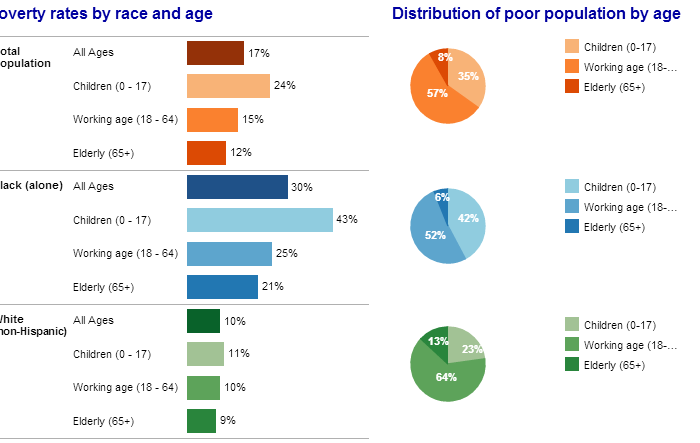