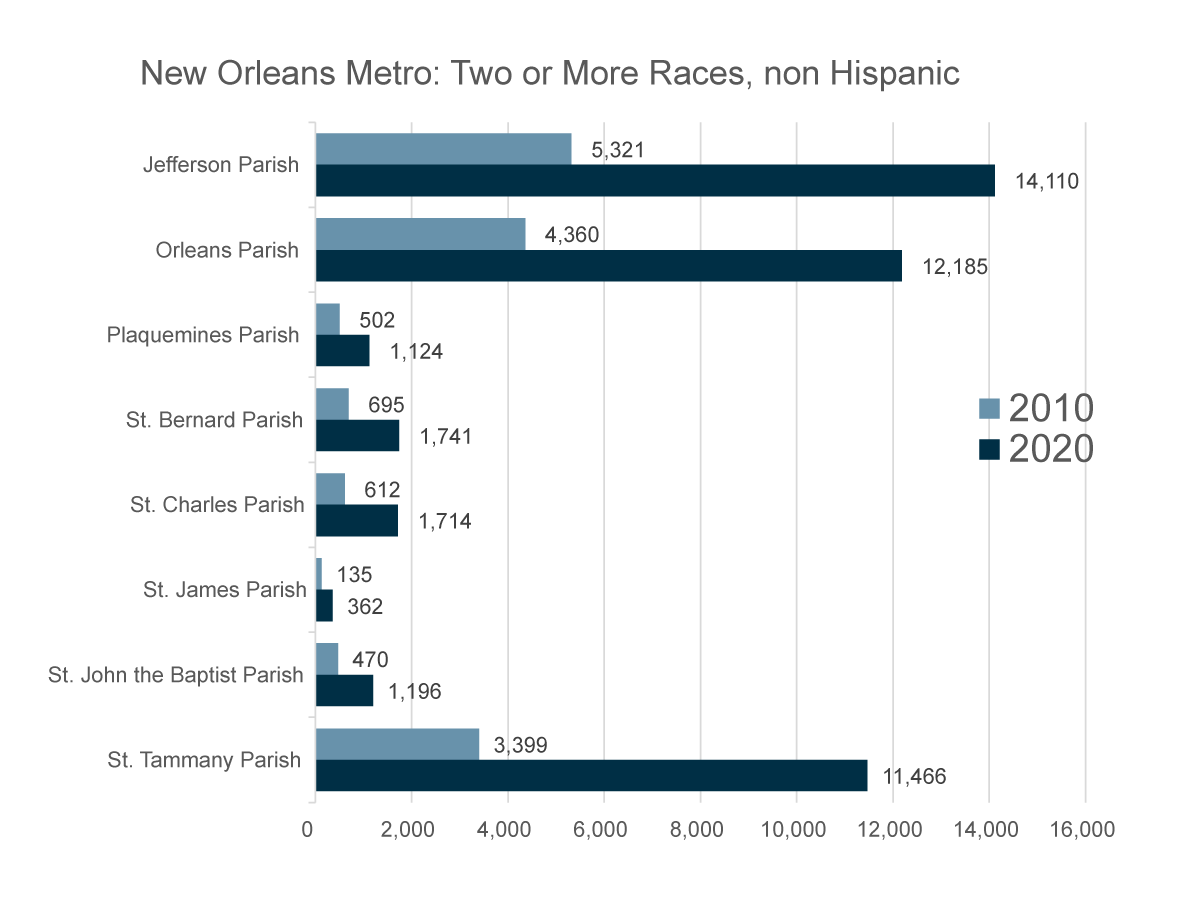 Metro New Orleans is now "majority minority" — but what does that really mean? This brief explores the changing definition of race in the census and demographic shifts across the metro. We find increasing diversity in every parish, and increasing numbers of people claiming more than one race for the first time. 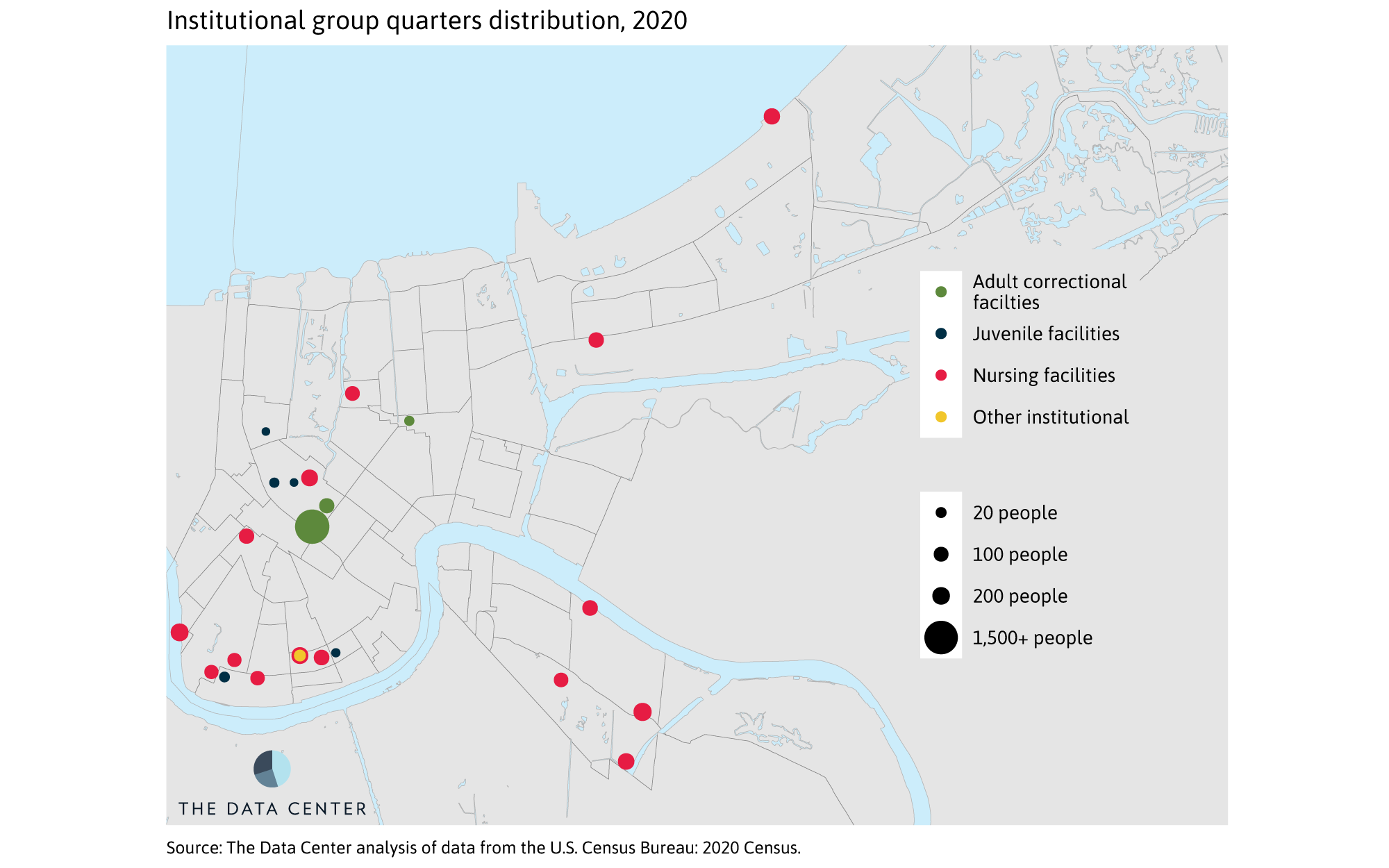 How many people live in group quarters—nursing homes, jails, college dorms, etc.—across the New Orleans metro? In this brief, we analyze trends and map group quarters populations and average household size. And we examine what it tells us about policies and practices for protecting New Orleanians during hurricanes and pandemics. 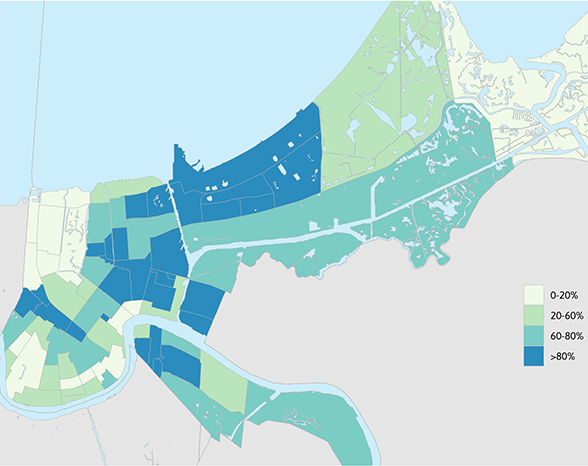 From 2010 to 2020, New Orleans population grew 12%, likely driven by continued post-Katrina recovery in the early part of the decade. This brief examines neighborhood changes over the last decade and highlights the changing racial makeup of some neighborhoods, as well as where the most children live today. 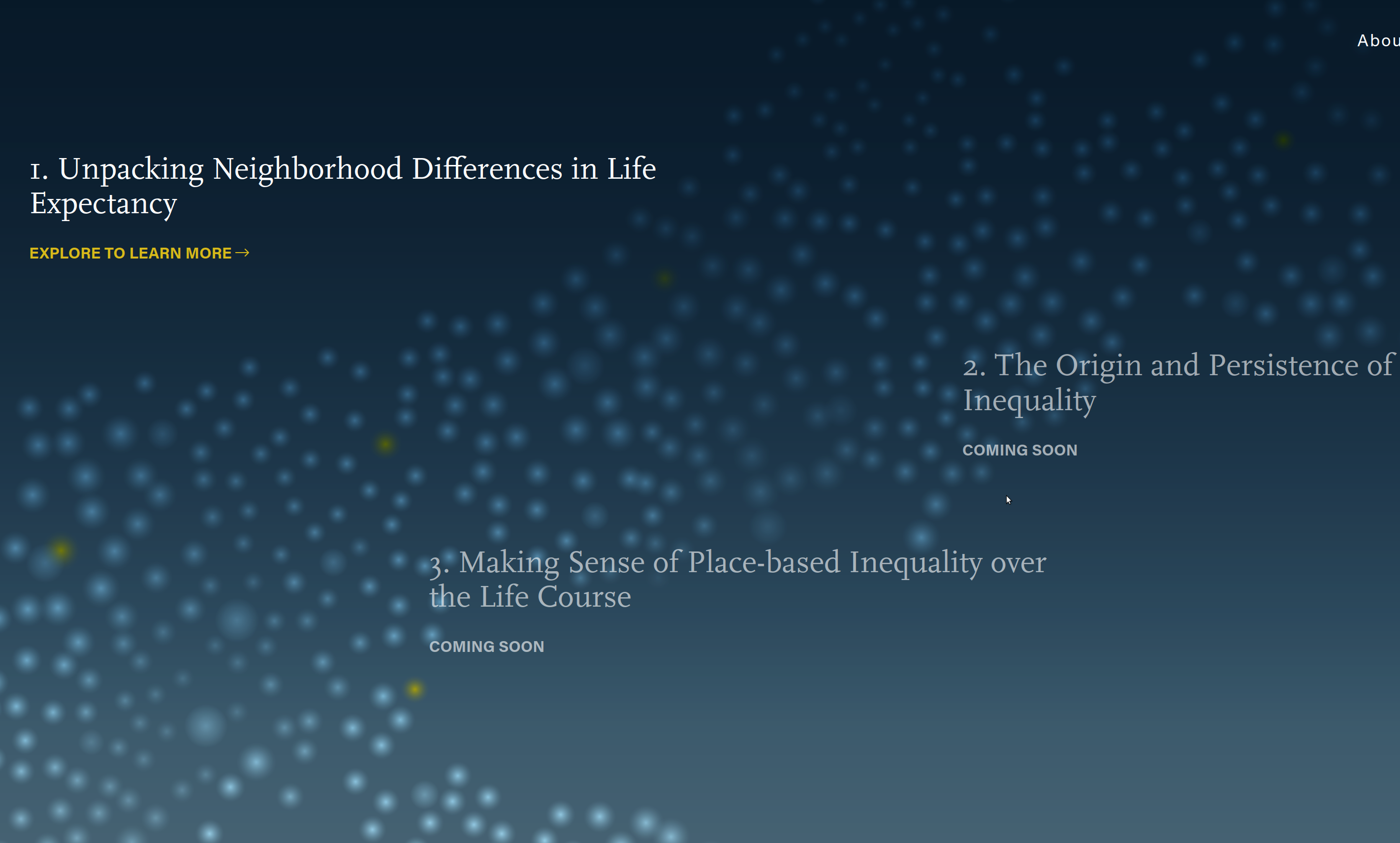 In the New Orleans metro area, people’s chances to experience a long, healthy, and prosperous life are often implied by their neighborhood, reflecting enduring legacies of residential segregation and economic exclusion. 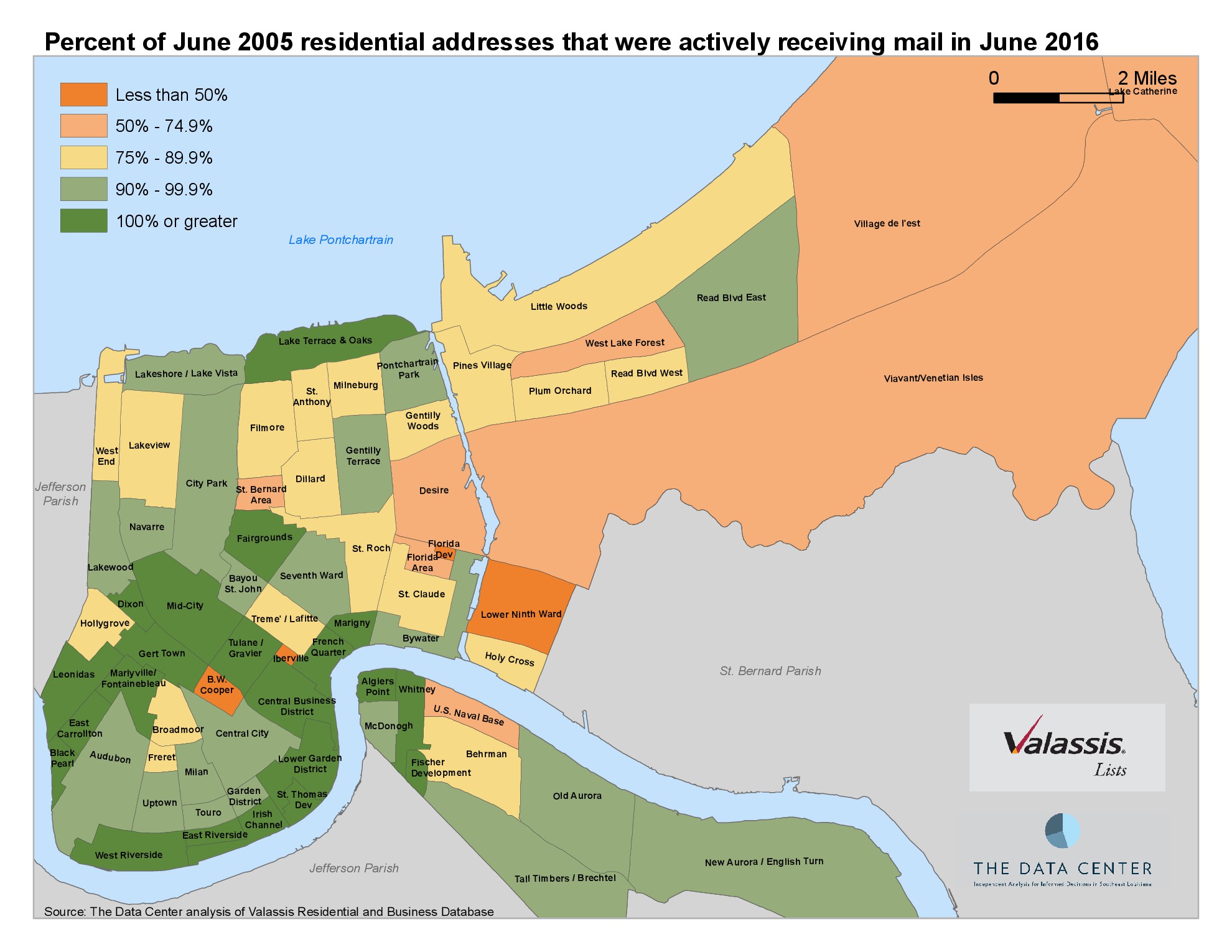 This report examines the financial security of New Orleans families, including how many people in our community live without a checking or savings account, car, health insurance, a healthy credit score, and other assets. 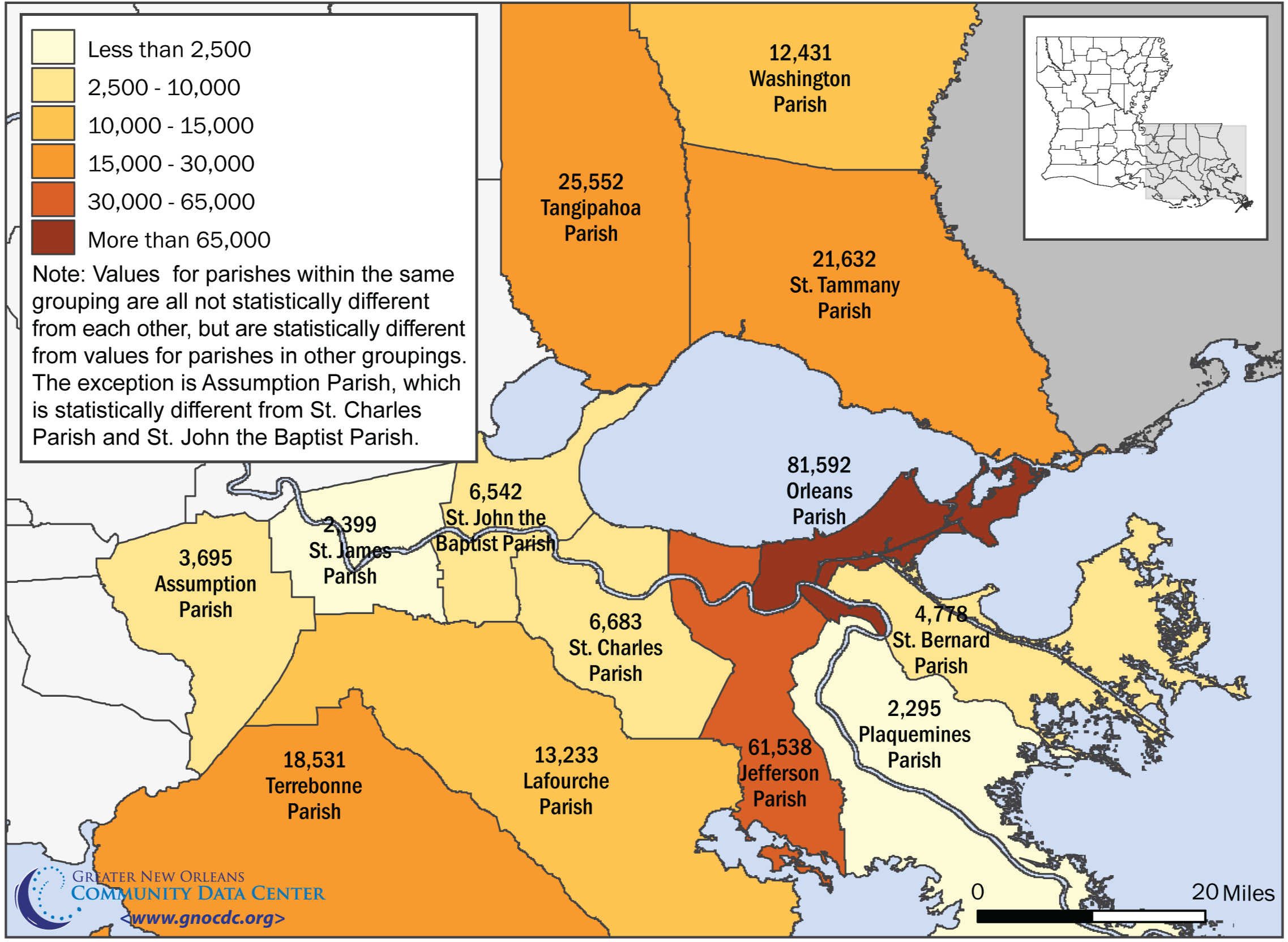 This brief examines 2008–2010 ACS data for Southeast Louisiana, including the New Orleans metro and Houma–Thibodaux metro. Included is a data visualization with detailed poverty rates for 13 parishes. 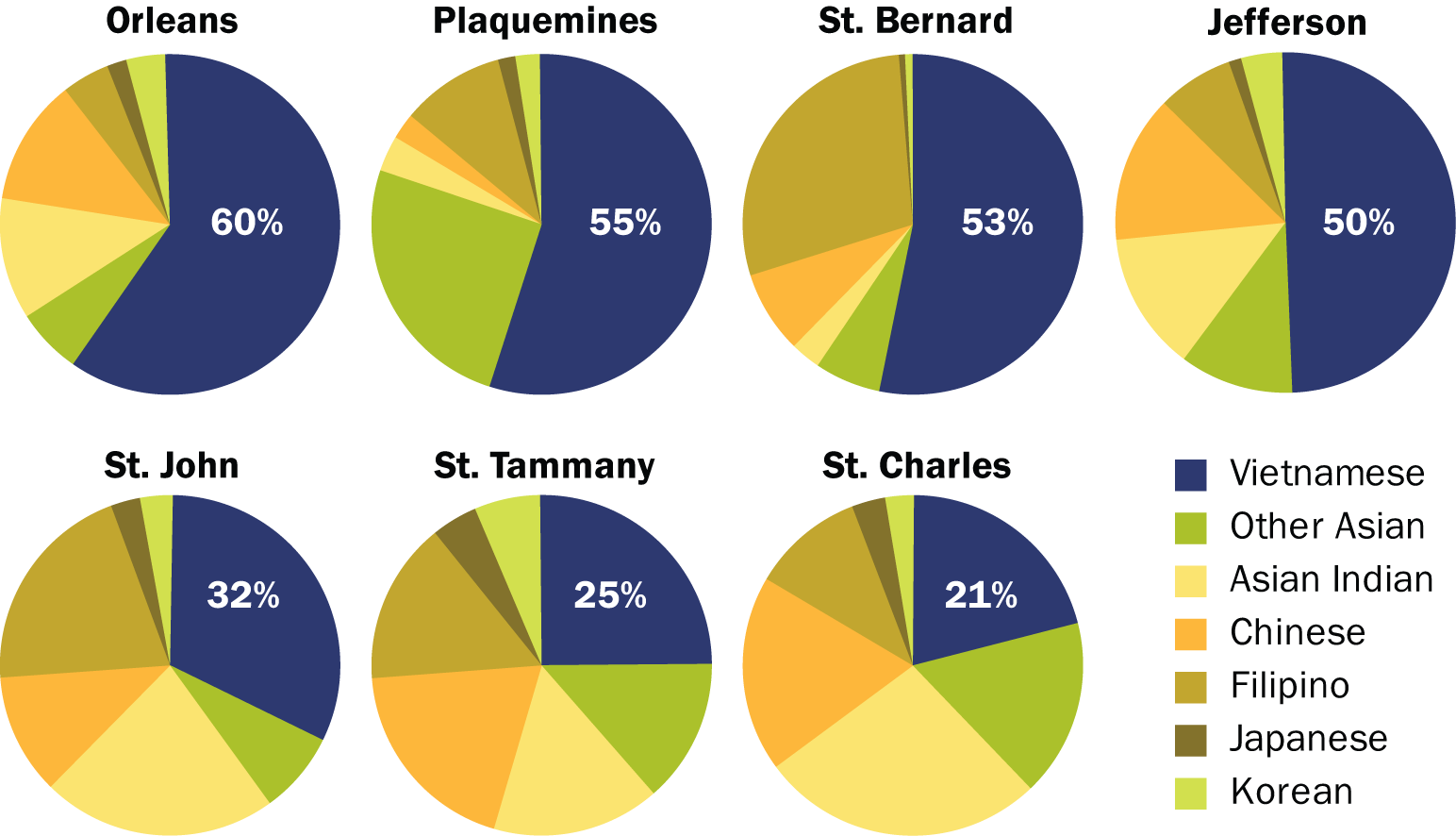 This brief examines 2010 census data for all parishes in the New Orleans metro and identifies changes from past decades. Included are data on homeownership rate, household makeup, and the Latino and Vietnamese populations.

This brief examines 2010 census data for New Orleans and the metro area, and identifies changes from past decades. Included are data on total population, age, race/ethnicity, number of housing units and occupancy status. 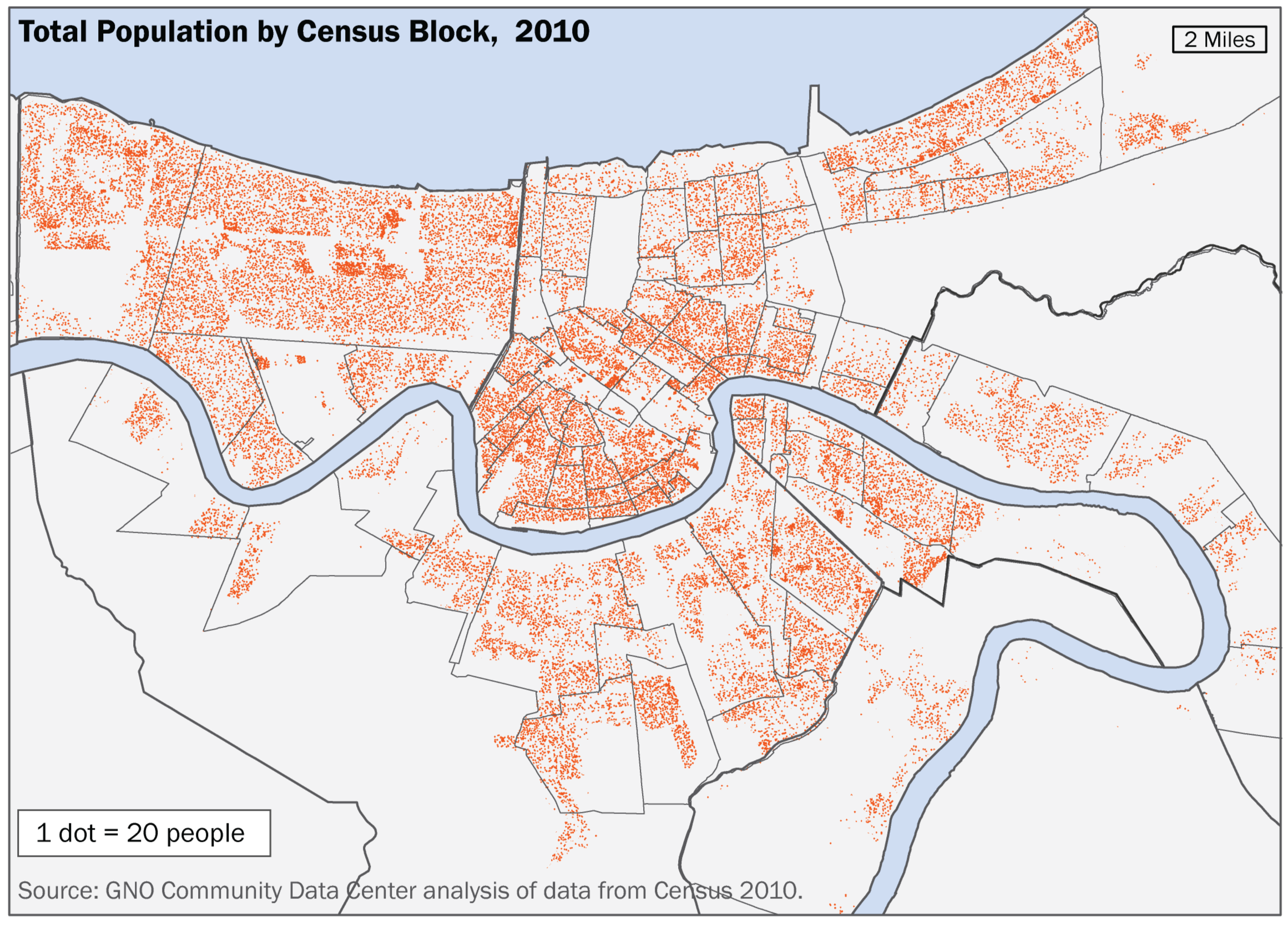 This brief examines 2010 census data for all of the cities, towns and parishes in the New Orleans Metro Area and identifies changes from past decades. Included are total population counts and child population counts.